I'm still breathing but it's not much fun. 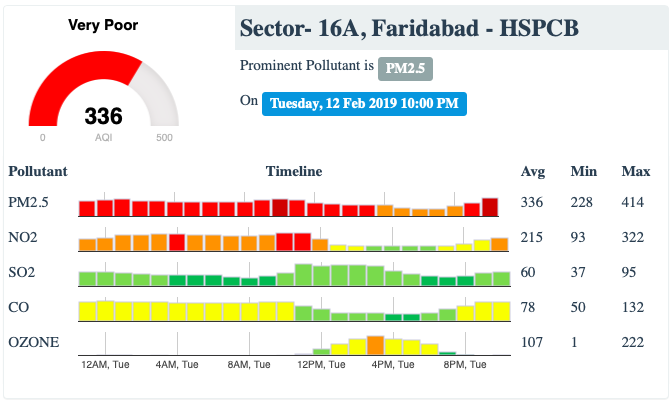 Posted by Andreas Förster at 5:33 PM 0 comments
Labels: out of office

After the title of the post that described my first trip to Japan, here's another one I knew from the moment I would go.  You will find this one to be a better fit.  India, and in particular Delhi, is infamous for toxic air.  This is not somewhere you'd like to breath unless you absolutely have to.  I had to.  Work had sent me.

The trip was a bit different from all other trips.  As so often, I would represent my company at the commercial exhibition of a scientific conference, but this time I carried most of the material with me.  Sending it would have been prohibitive.  Instead we found a mutually beneficial solution that saved the company money and made my flight a bit more comfortable.  But I had to deal with the loot.

I'm not an utter novice in the temporary exportation business.  I've driven across various borders with goods I needed to declare and know how to handle a Carnet ATA, but I'd never done this at an airport, or in India.  The customs officer in Zurich was gloomy.  "You have to know how to fill these forms.  Make sure you get it right.  They have no clue in India."

My first trip, one-and-a-half years ago, taught me that generalizations about India are treacherous.  This is very big and very colorful country.  Anything can happen.  You can find total chaos, as I did in downtown Hyderabad, or an airport where you breeze through without any hitches, as I also did in Hyderabad.

Delhi airport was another pleasant surprise.  It was not as tranquil as Hyderabad but new and efficient.  The immigration staff were courteous and quick at handling thousands of visitors entering with electronic visas at one in the morning, only held back occasionally by temperamental fingerprint scanners.  It was probably less than an hour after touchdown that I had officially entered the country and recovered my luggage.

Now came the part that I expected to take at least another hour – if there would even be customs agents available at this hour.  Ominously, all "items to declare" lanes were closed, but at one checkpoint a bunch of people were huddled.  They turned out to not only know what they were doing but also do it cheerfully and with tea for everyone involved.  It all seemed to good to be true.

There is only one way for this story to continue.  When I stepped outside the terminal building, it was like entering an evil underworld.  The night wasn't black but diffusely lit by light scattered on a suspension of dust and ash in the air.  The haze hurt the eyes and the throat.  It felt like looking through dirty glasses, except I had just cleaned mine before taking off in Zurich.  Everything was dim and smelled slightly foul. 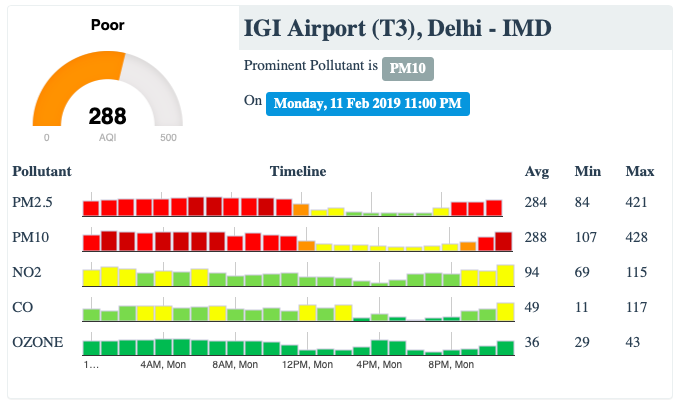 "Where're you going, sir?"  If I had been traveling on my own account, or if my hotel hadn't been just a few minutes from the airport, I would have ignored the man trawling for fools by the exit.  This was a rip-off in obvious disguise.  But this is India, I thought, and how expensive can it be even if I overpay?  It was shocking, but after bringing it down by two thirds it was just acceptable.  By then it was too late to seek out the best value.

The driver deserves his own story, clueless about the hotels in Aerocity, a commercial development just minutes from the airport.  I would expect him to drive there ten times a day, but he had no idea where he was, ignored a big sign to the hotel and then drove boldly down a multi-lane one-way road the wrong way.  What little traffic there was wasn't particularly disturbed by this, and neither was I.

And so it happened that two hours after touching down in Delhi, I bedded down for a short night in a hotel whose biggest asset turned out to be the a/c that pushed beautiful clear air into the room.  And for once in my life I am happy that the windows stay firmly shut in my room.