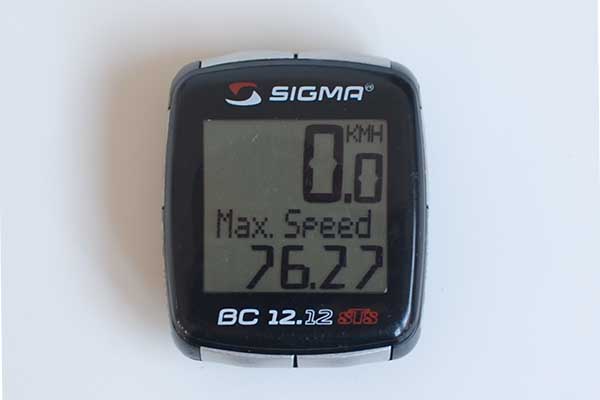 This is what lucky looks like – and I'm not going to show you my ass. 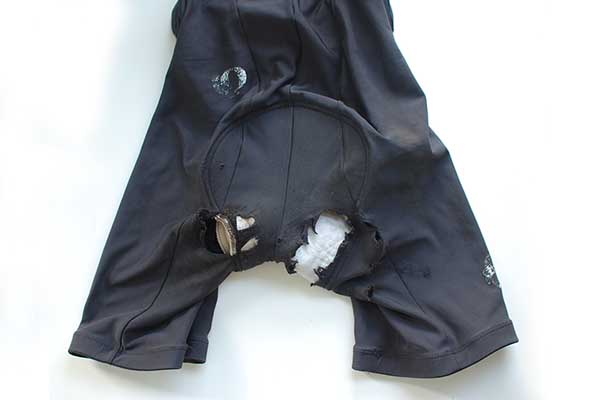 This is what my bike looks like. Luckily (see point 2), my body suffered only minimally more damage. 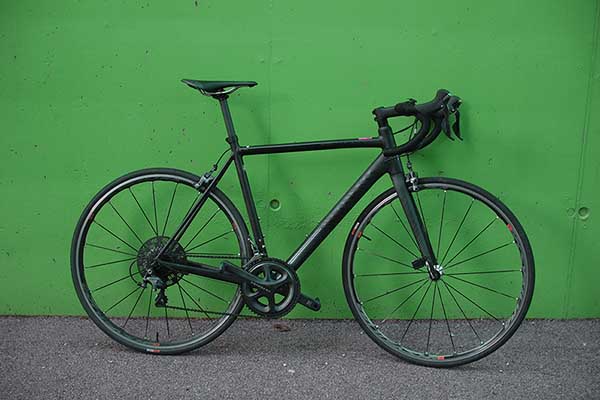 This is what the profile of the Engadin bike marathon looks like. 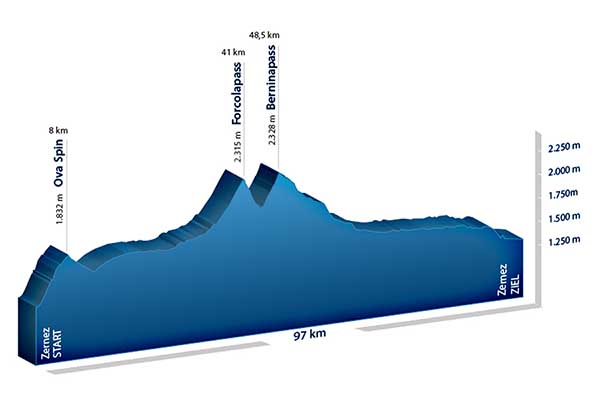 I'll be riding this on Sunday. With training limited to riding to and from work, infrequently for a month and only rarely over the hill that's in the way, I thought getting up these mountain would be a formidable challenge. If tonight's experience is anything to go by, coming down alive on the other side might proof even more challenging.

Last night at City Airport, it looked a bit like a refugee camp at the border to freedom.  The airport was overcrowded, with no room to sit and hardly space to stand.  There were long lines for tables in the few restaurants, and huddled masses everywhere.  Everyone was trying to get out – the right reaction but a bit premature in my opinion.

The day before, Britain's voters had decided to leave the EU in a nationwide referendum.  Though it took counting until 7 the next morning until the final result was announced, the outcome was clear much earlier.  I went to bed at three when the gap towards Leave kept increasing.  A few hours later when I woke up, nearly a million and a half more people had voted to leave the EU than to remain in it.  There was no arguing with that, and the consequences are obvious, but beyond the surface, the situation is more complex.

A number of very clear divides go through what is still one country and increasingly unbefittingly called the United Kingdom.  England voted by 55 to 45 to leave the EU and got its will.  Scotland wanted to remain by 62 to 38 and failed.  The referendum on Scottish independence a few years back was narrowly lost, in part because of the unresolved question of whether Scotland might have to leave the EU if it leaves the UK.  If another referendum were drawn up now, the outcome would likely be different because leaving the UK would present a clear path for Scotland to return to the EU.

London, whose votes I didn't include in the numbers shown for England in the previous paragraph, would have preferred to stay in the EU, by 60 to 40.  The BBC points out that seven of the ten areas most wanting to remain were in London.  I've always argued that London would be better off outside England.  This is now truer than ever, but I don't think a serious independence movement will develop there.

As I drove down to City Airport in the afternoon, I contemplated the irony that the campaign to leave was led by the person who was Mayor of London for eight years.  Throughout this time, he gave the impression of deeply caring about this city, and was largely liked in return.  In the morning after the referendum, he was booed by angry crowds as he left his home, but London will suffer much more.

Boris Johnson doesn't care, of course.  He hitched onto the Leave campaign to pursue his own agenda.  I used to see in him a harmless clown, but my eyes have now been opened.  He is the most devious, mendacious and megalomaniac politician in the UK.  If imagining him as Prime Minister doesn't make you shiver, envision summits with President Trump.  The lunacy of it!

When I returned the rental, a middle-aged man with a sweaty shirt and a harried look tried to secure a car for the weekend.  Avis had run out and so had Europcar and Hertz.  The man was being sent to somewhere near Birmingham with hopes but no promise.  There were no cars anywhere closer.  "Busy weekend?" I asked the woman behind the counter.  "Everyone's leaving?" I was proud of my joke until I entered the airport.

Posted by Andreas Förster at 11:28 PM 0 comments
Labels: collected moanings, out of office

Gibraltar has just declared. With overwhelming majority, they decided the UK should stay in the European Union. Why they would have a say in this matter is an interesting question, but not one for this post. I'm sitting in the bed of a hotel on the side of motorway north of Cambridge. What anyone would want to do north of Cambridge is another question that's not one for this post, but the drive up from town this evening took twice as long as predicted because of heavy traffic, so there must be something about it. What is also not a question for this post is why there has been no activity in this space in four and a half months because that answer is clear, not very surprising and utterly consuming.

Tapas celebrated her first birthday two days ago. In a scary development towards petite bourgeoisie, I used the occasion to install a sandbox in our recently revegetated backyard. Tapas took possession of it and started eating the sand almost immediately. And that was another evening when, in the past and in another life, I would have added a post to this blog to comment on what moves me but didn't.

There was also the aspiration, at some point in the past when all this was new, to keep the memory of business trips by writing about them in an oblique way. This fizzled out after half a year, but now there's a good moment to resuscitate that – though sadly not this blog.

While I'm sitting in the bed of this ambitious though ultimately dreary roadside hotel, the TV high up on the wall opposite is reporting on the first results of the British EU referendum. By a fortunate coincidence, I'm experiencing this momentous evening right here at the source. A pub would of course be better than the bed, but at this advanced hour and by the desolate motorway, the options are few. As Newcastle has just decided to remain, it's unclear to me how this referendum could be contested at all.

I've lived and worked in France for two years without being bothered by bureaucracy, visa requirements or the obligation to justify my residence, and I've subsequently done the same in England for more than six years. I couldn't have done this as easily without the EU – and was in fact asked to leave the US at some point in the distant past. As if it were a kind of geography trivia, the results keep trickling in. Orkney is in and Crickmannanshire is in. Sunderland is out, and the pound has tanked.

It is probably the share of the population that doesn't pick up overpriced caffeinated beverages either that is concerned about the presence of foreign labor in Britain and particularly, maybe because that's closer to their frame of reference, the hypothetical presence of foreigners on benefits, sponging this country, and I'm paraphrasing here, of its hard-earned wealth.

Wealth often drives elections and referenda but this time the big story is power. The Prime Minister, despite a history of frustration with the EU, threw his weight behind the Remain campaign and all but staked his political future on its success. In a display of implausible opportunism, Boris the Clown, the ex-Mayor of London who presided for eight years over one of the world's most colorful cities, led the Leavers, risking parochialism in the hope of overthrowing the Prime Minister after a win. The London Borough of Lambeth, incidentally, voted to remain by 79%.

It is almost 2 o'clock now and, as the BBC doesn't tire of saying, still too early to call. Besides upending my retirement account, piled up during my seven years at Imperial and valued in pounds Sterling, the referendum should have minimal effect on my life. In all likelihood, I'll be able to leave the country tomorrow to return to Switzerland without needing an exit visa or official travel permit, and things will remain like this. Good night.