Air quality comes in many guises.  Indians – when they're not busy distracting from domestic problems by stoking tensions with Pakistan – celebrate poor air like a home team's win in Twenty20 cricket.  That's what having the world's dirties cities does to you. 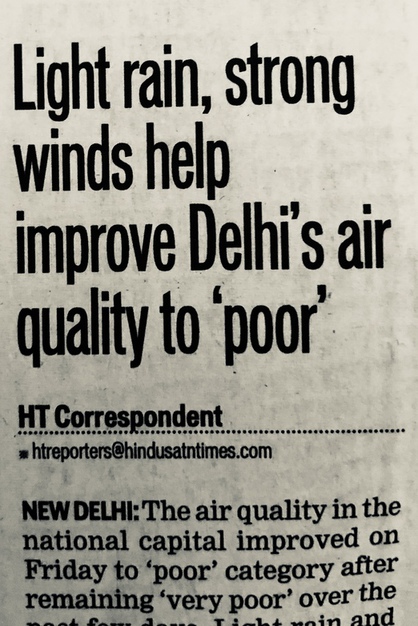 Concluding my trilogy on Indian air.

In Germany, cities close their streets to Diesel cars when particulate matter levels are particularly high.  It's as if tire wear and coal-fired power stations didn't exist.  This morning, I read in the newspaper that the air in underground train stations is even dirtier than in city streets because the dust produced by hundreds of train wheels braking can't go anywhere.  It ends up in people's lungs.

This afternoon, I took the family to Josefwiese in Zürich's Kreis 5 area, a former center of heavy industry now transformed into a wet dream of urban edginess, complete with reclaimed and recycled restaurants, bespoke carpenters of distressed furniture, and latte moms with bicycle trailers.  Josefwiese is a green space for greyed-out city folk, essentially a large lawn with a small café, playgrounds, and a rubbish incinerator for scenery.  The Swiss love of incinerating rubbish could fill a blog post all on its own. 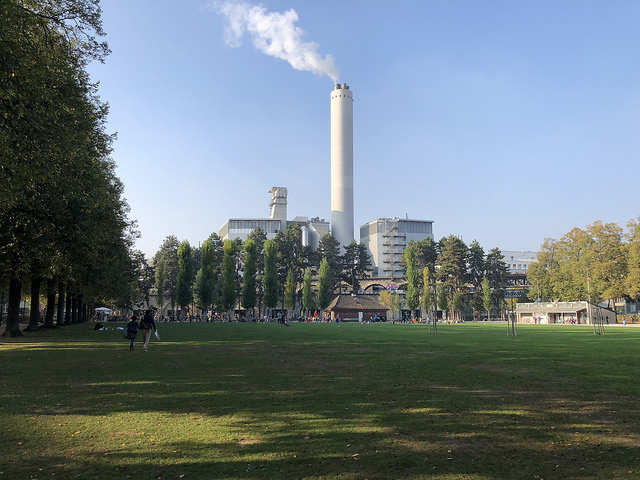 While the large white chimney was quietly puffing out what looked like (and possibly was) nothing more than innocent steam, the fourth Urban Cross took place beneath.  This was the reason we were there.  Originally, cross was something for people with not enough pain in their lives.  Muddy and cold, the races tend to be miserable.  The urban version held in Zürich – sunny, dry and within walking distance of the amenities of the city – is something I could almost see myself participating in if I had a regulation cross bike to my name, though I'd probably break a bone and possibly the bike that I don't own.

Cross races are short, aerobic and rather technical.  This one was a loop of just under a mile around Josefwiese that each competitor had to repeat until elimination in a series of knockout battles – a good four hours from the time trial that kicked it all off to the finals, comprising two more laps, that determined the champions.  The racers had to cross a beach volleyball field, ascend the stairs to the railway viaduct and later come back down, and cross a shin-deep pitch of water with submerged steps.  Yeah, I would have definitely broken something.

In the corner of Josefwiese closest to the Hardbrücke train station is a playground with huge swings and a wooden jungle gym where dozens of kids bounce around with nearly as much energy as the racers just a few meters away.  They jump, run and fall, and repeat it tirelessly, all the while grinding the small pebbles that cover the ground into a dust so fine it coalesces into a cloud that just hangs there.

Despite the biting sensation in my throat and the heaviness in my lungs, it wasn't India this reminded me of but the ceramic sunflower seeds Ai Weiwei deposited in the Tate Modern's Turbine Hall eight years ago.  The seeds looked vaguely like the pebbles on the playground and were ground to dust in much the same way by tourists and random visitors with child-like enthusiasm for participatory art.  Back then, Tate Modern cordoned off the exhibition after the first weekend.  The playground on Josefwiese will stay open, and I will be back before soon.  It's one of our favorite places in town, even without cross.

Posted by Andreas Förster at 12:15 AM 0 comments
Labels: in the hood, out of office, two wheels good

Yesterday I got an email from my PhD adviser.  He seemed to be in a bit of a pickle and asked me to help him out.  How could I not?  I wrote yes and hit reply.  Then it dawned on me.

The email wasn't written in his usual tone.  The urgency, the request no to contact him by alternative means.  He's never ended an email to me with regards.  Alarm bells all over, yet I had gone ahead and replied anyway.

The thing that made me reconsider was the return address.  dptdirector.sector@gmail.com isn't his.  I hit undo in Gmail, stopped the time-delayed sending of my email, and send one to his real email asking what was up with this.  Hours later came the response that I hadn't been the first one getting such an email, and that he had had no hand in sending it.

A day later, I wish I had followed up on this email.  What was the purpose?  What kind of information was I supposed to be tricked out of?  Are scams almost sophisticated enough now for me to fall for them?

Posted by Andreas Förster at 9:02 AM 0 comments
Labels: pointless musings

I still like to read, and read a lot, but when I travel for work, when I sit on an airplane where I have the time, I tend to read magazines.  The other day I took The God of Small Things to India – as appropriate a book for the trip as there can be – but brought it back unopened.  The Economist was interesting, though, and Bohemian Rhapsody spectacular.

2019, despite the mishap on the way to India, shapes up better than last year.  I've already finished two books.  It can only get better.